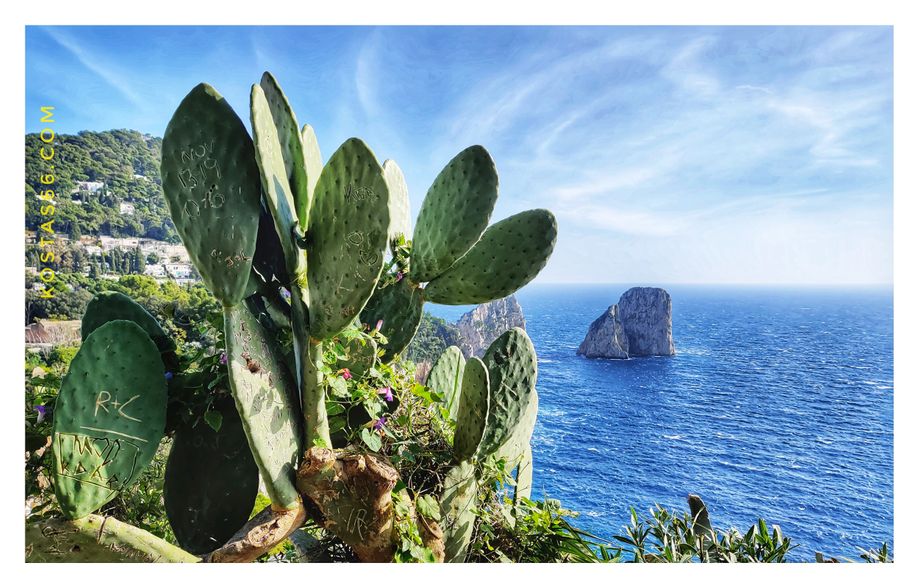 Capri is located just off the southern part of the Gulf of Napoli. It is actually sited at the virtual extension of the Sorrento Peninsula. Boats connect Napoli and Sorrento with Marina Grande, which is the harbor of the island. The trip lasts less than an hour, but the sea here can be very rough.

Capri has a very long and rich history as its fate is tightly connected with Napoli and its surroundings areas. In his Aeneid, Virgil states that the island had been populated by the Greek people of Teleboi, coming from the Ionian Islands. Augustus' successor Tiberius built a series of villas at Capri, the most famous of which is the Villa Jovis, one of the best-preserved Roman villas in Italy. In 27 AD, Tiberius, being possessed by the obsessive fear of his soon to come assassination, permanently moved to Capri, running the Empire from there until his death in 37 AD.

During the latter half of the 19th century, Capri became a popular resort for European artists, writers and other celebrities. The book that spawned the 19th century fascination with Capri in France, Germany, and England was 'Entdeckung der blauen Grotte auf der Insel Capri' (Discovery of the Blue Grotto on the Isle of Capri) by the German painter and writer August Kopisch, in which he describes his 1826 stay on the island and his (re)discovery of the Blue Grotto.

Capri is a tourist destination for both Italians and foreigners. In the 1950s Capri became a popular resort and remains so till today. The second half of the 20th century saw Capri as a celebrity must visit place. In summer, the island is heavily visited by tourists, especially by day trippers from Napoli and Sorrento. Many of these visitors make it a point to wear the Capri pants named after the destination. Tourism has heavily exploited the island, which is overdeveloped and has lost its old charm. 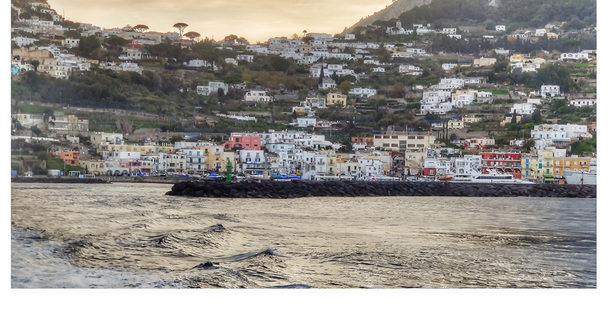 Marina Grande seen from the boat approaching the island. 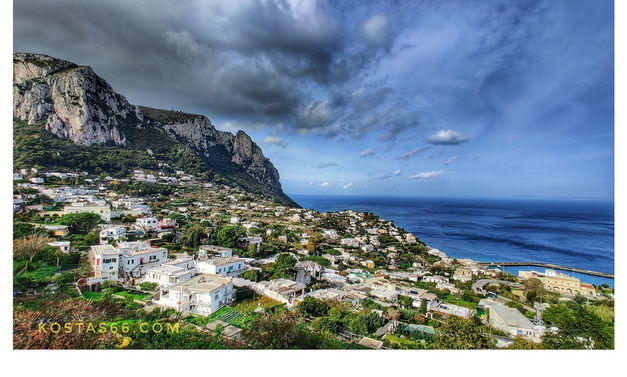 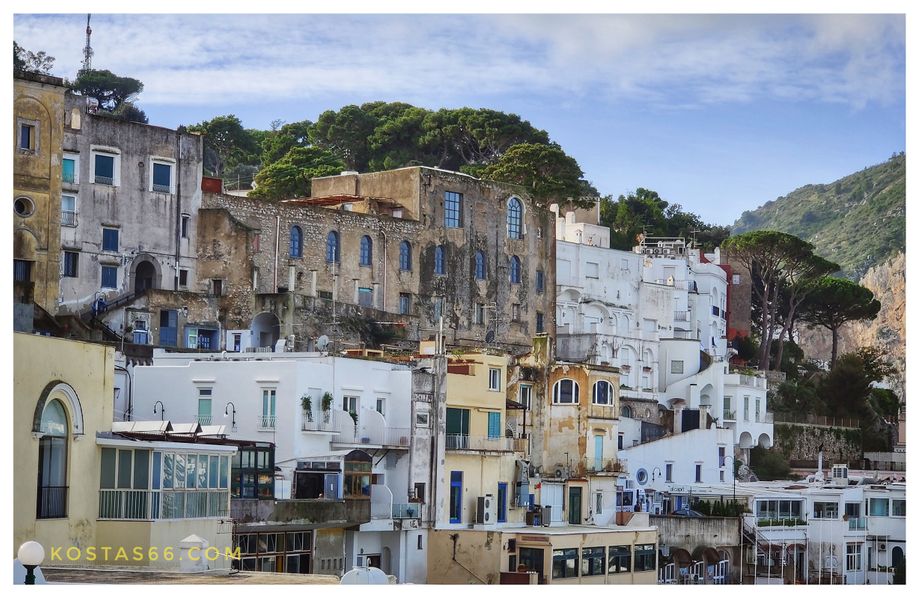 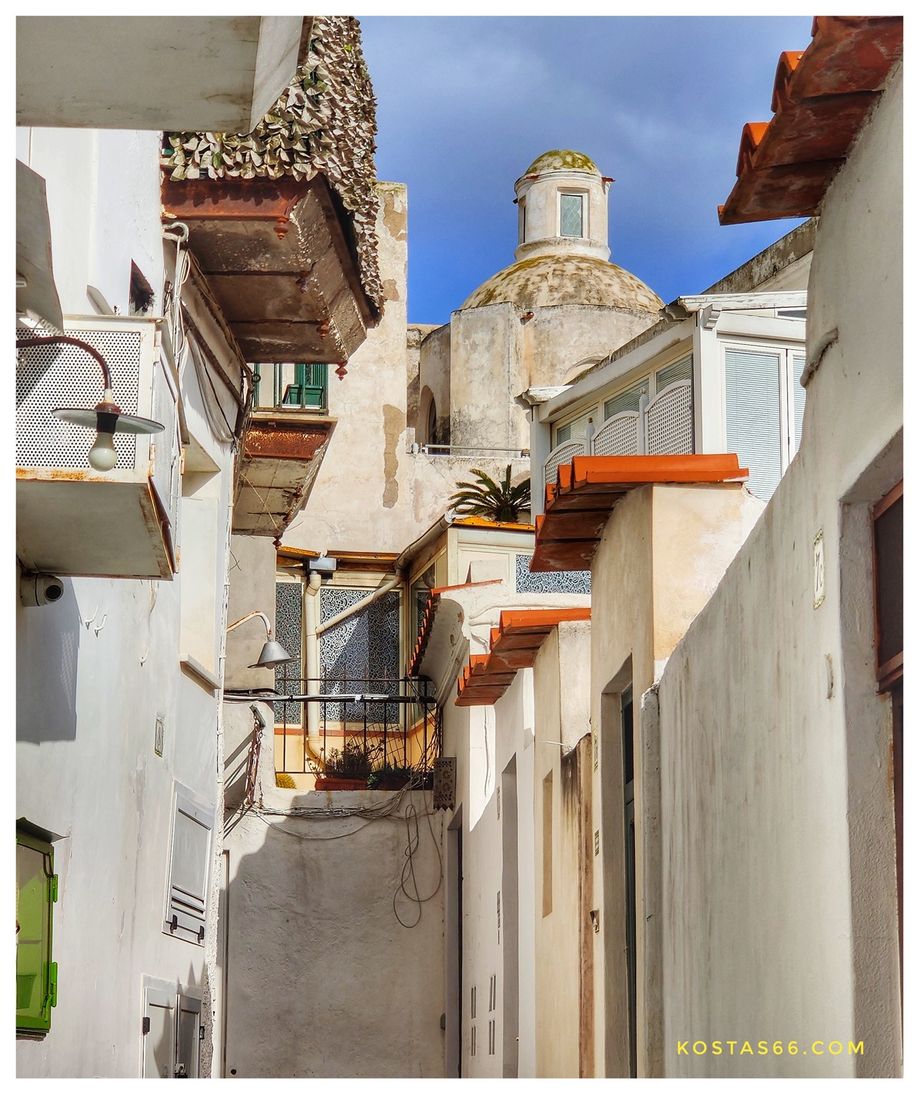 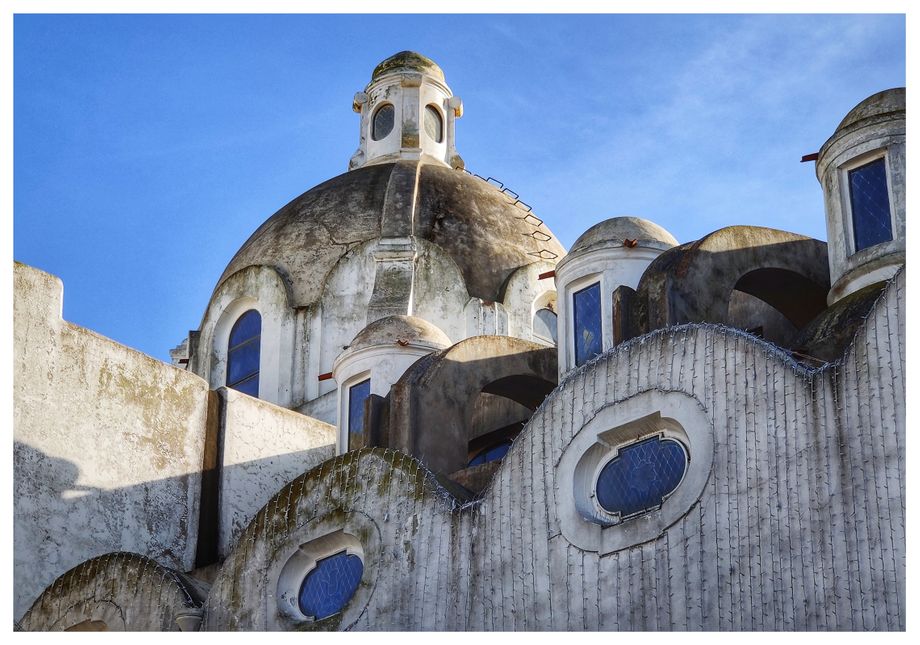 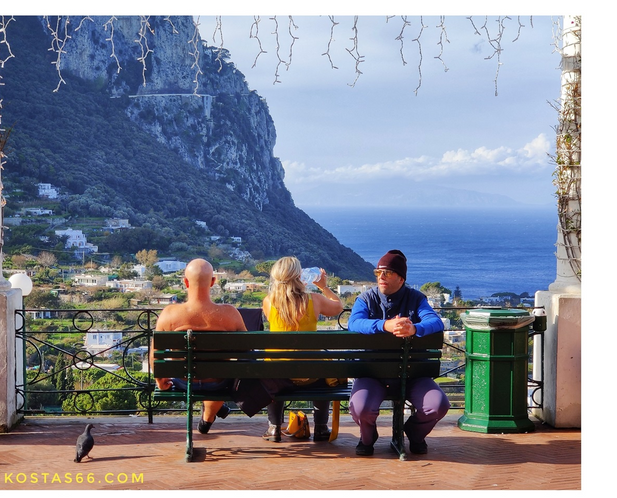 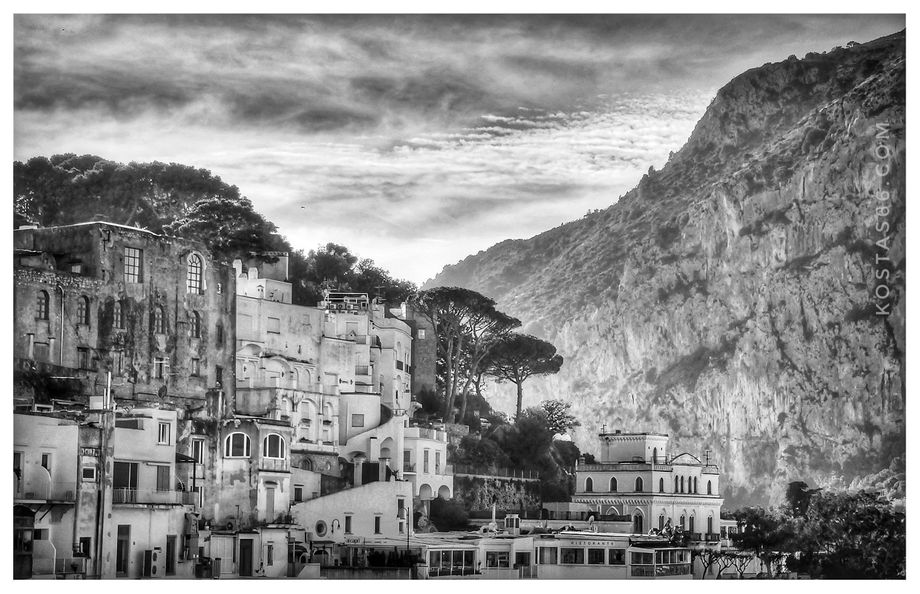 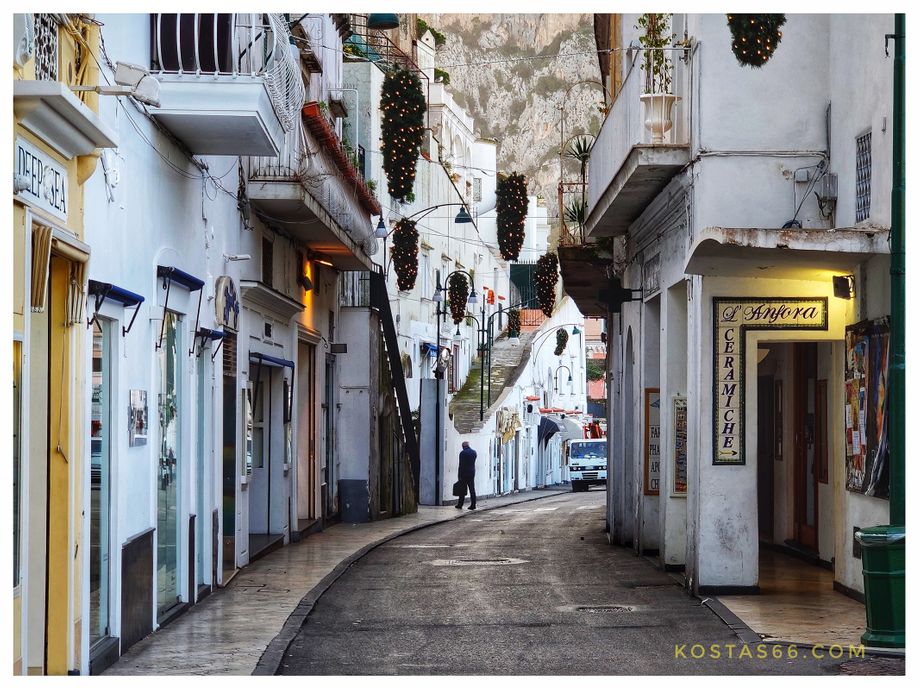 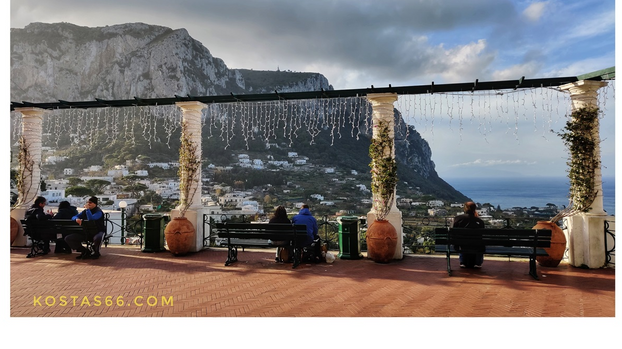 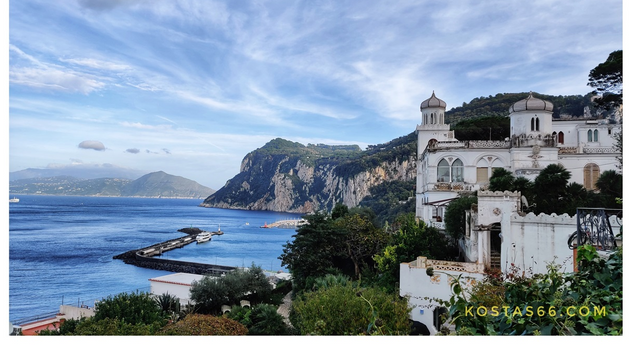 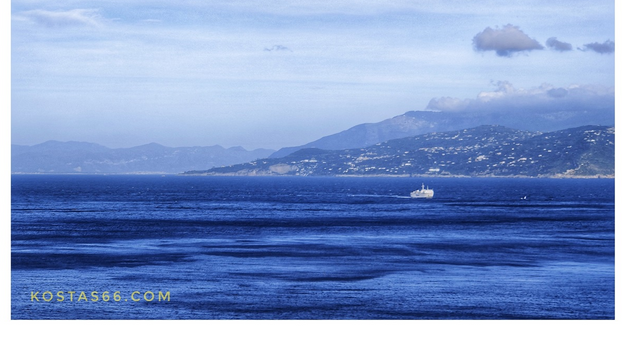 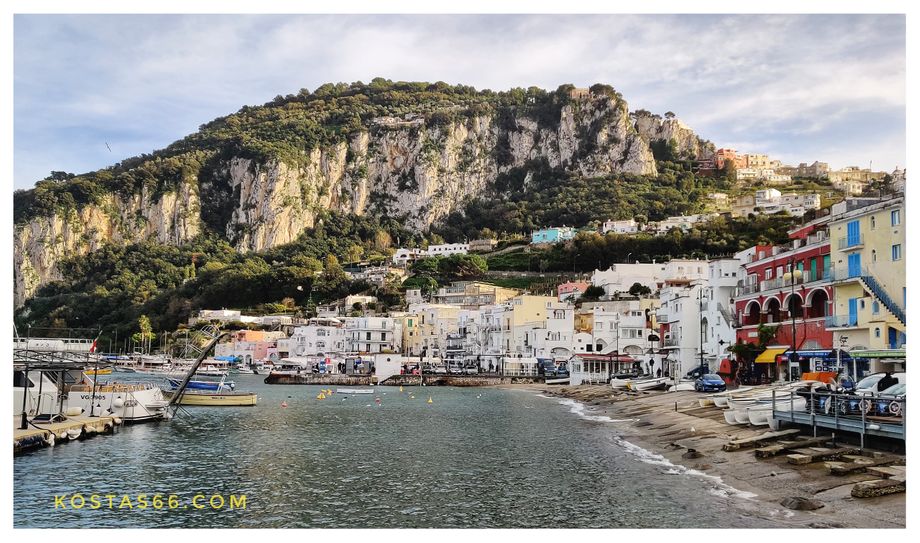 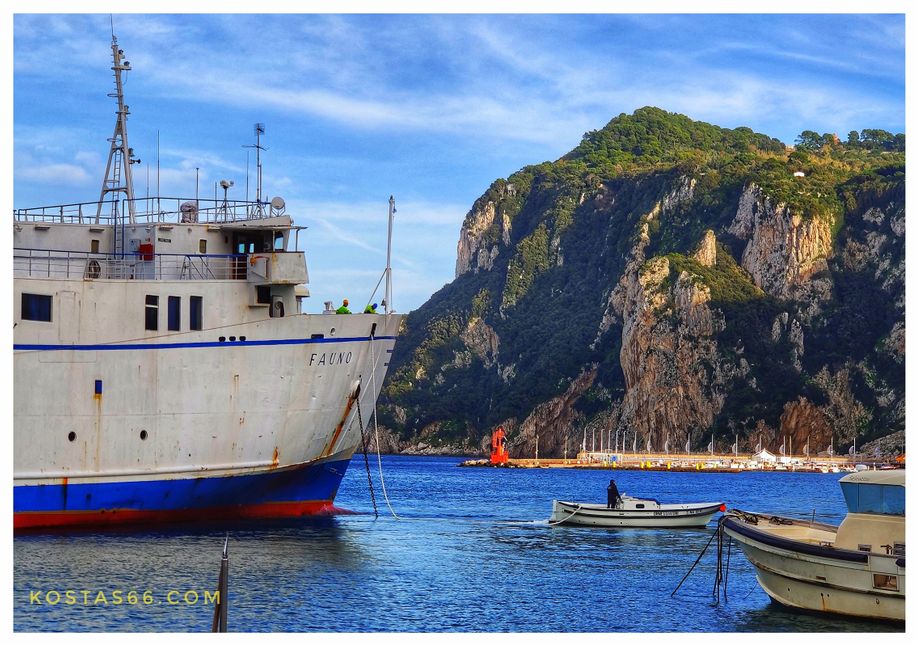 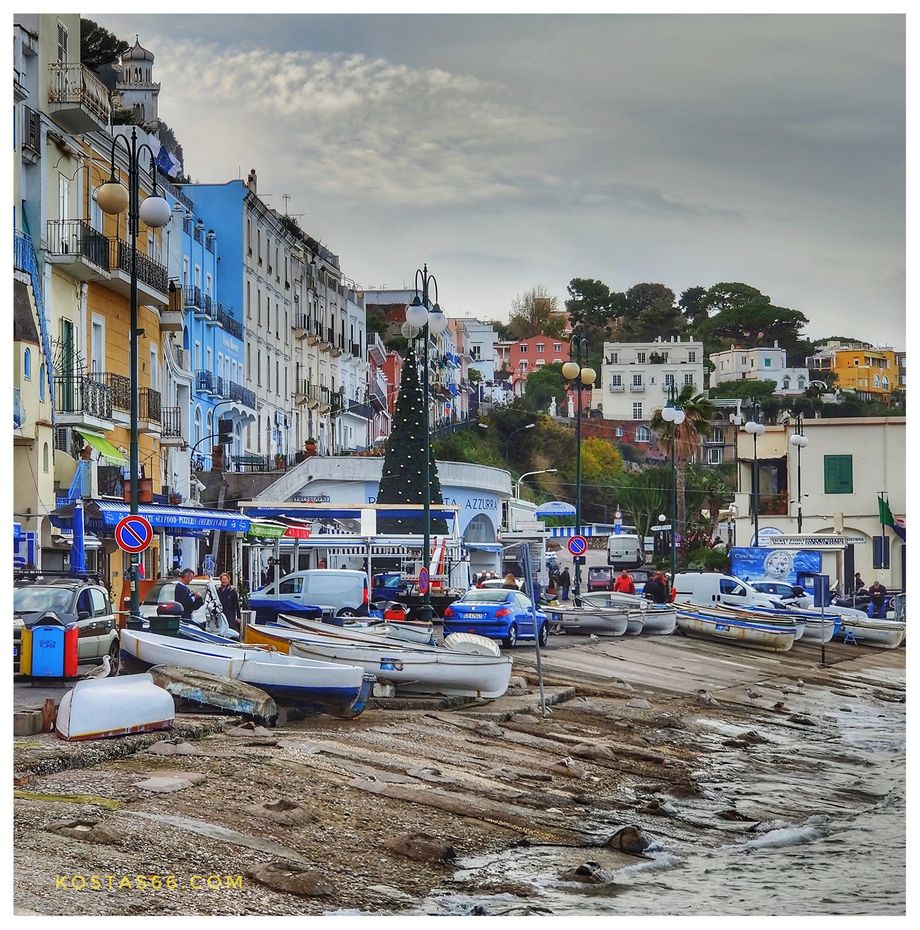 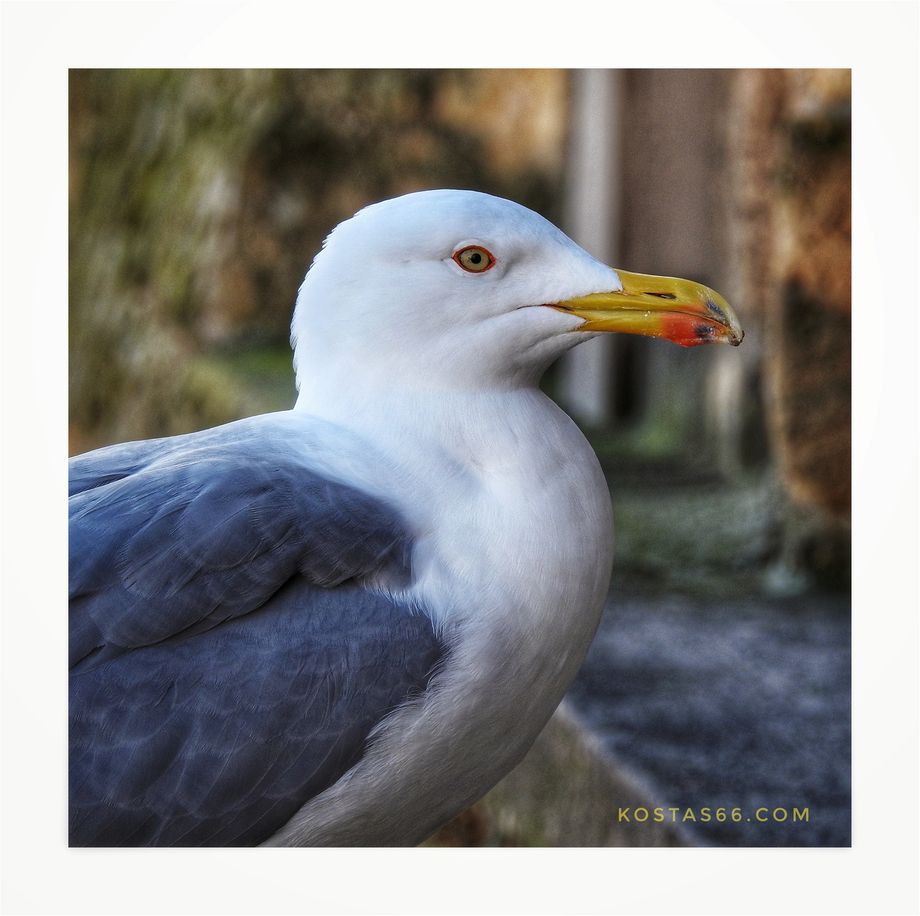 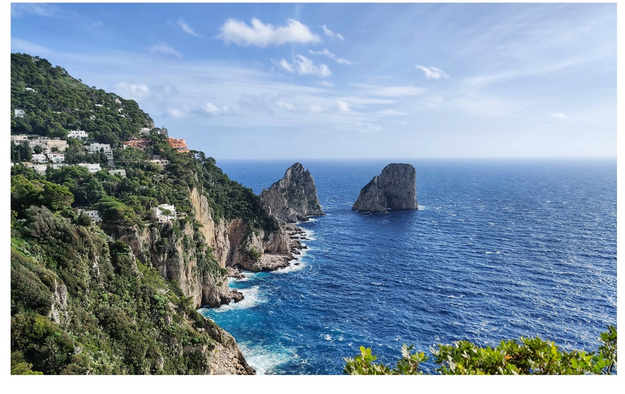 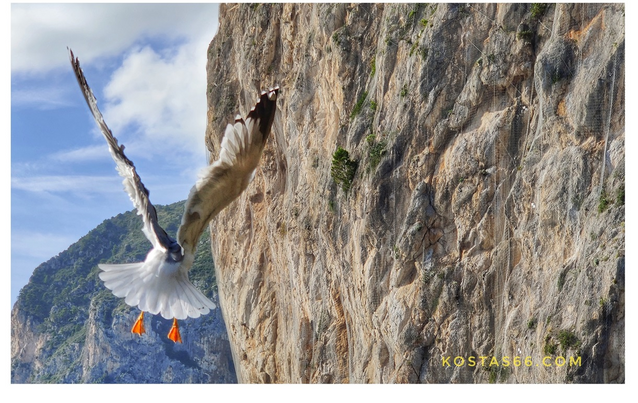 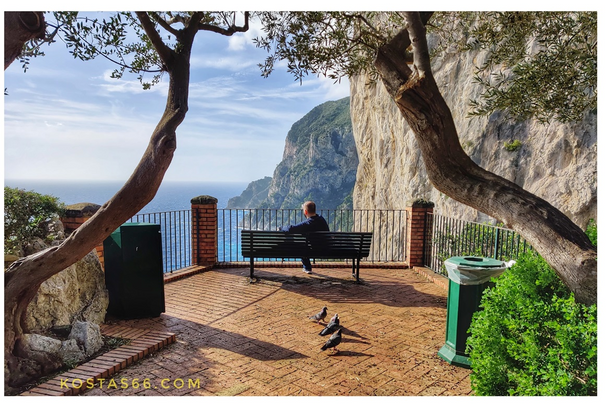 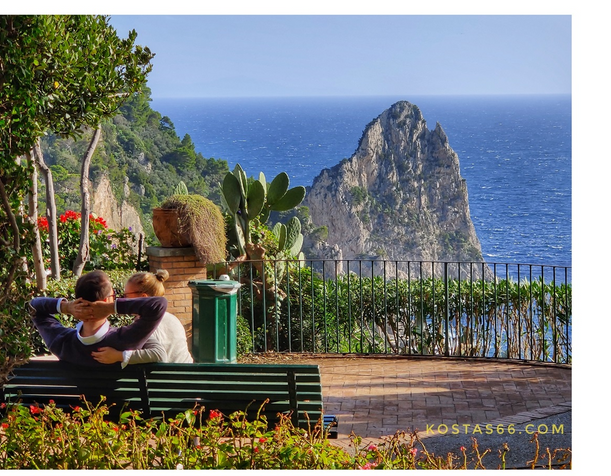 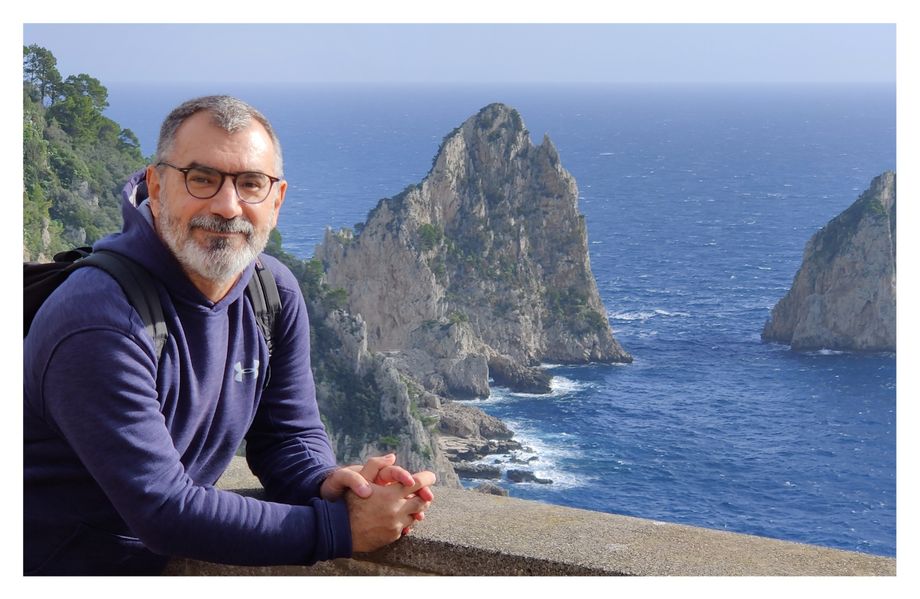 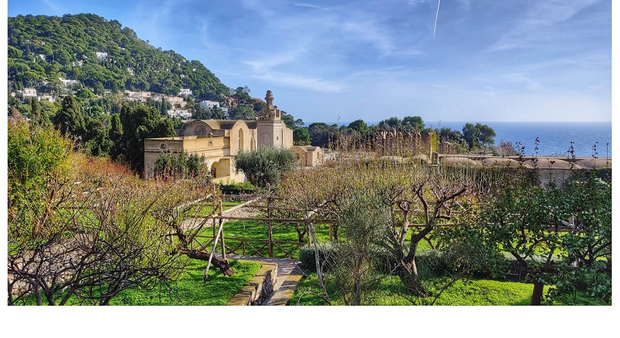 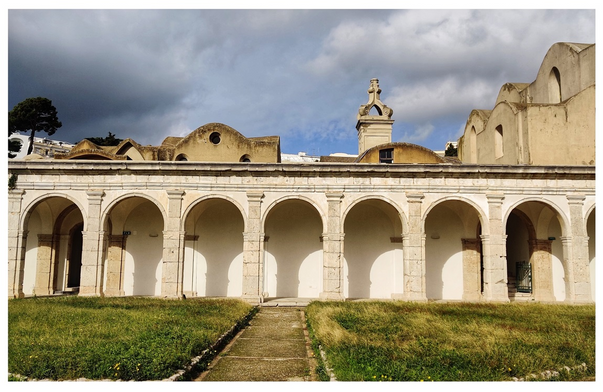 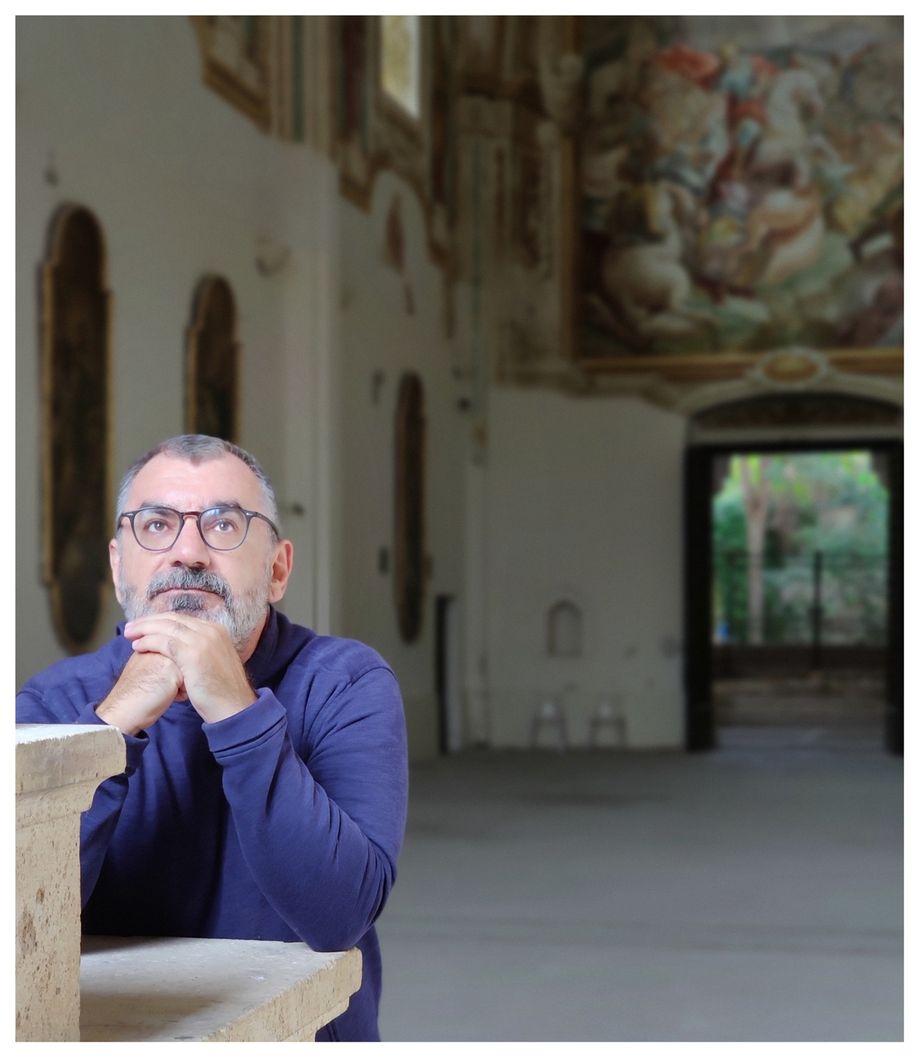 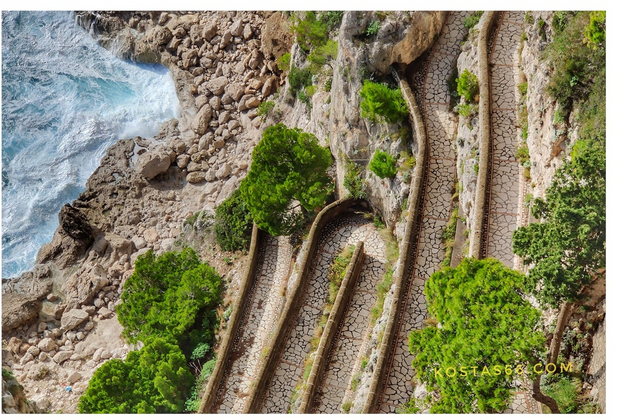 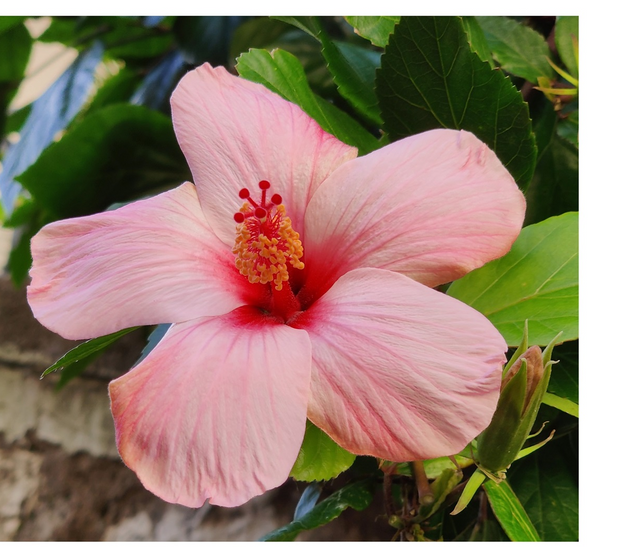 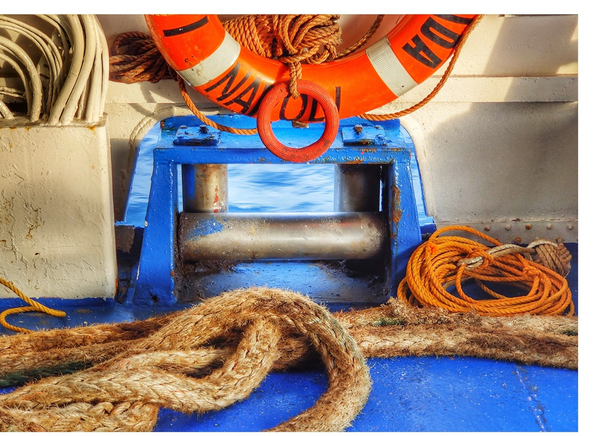 On the boat back to Napoli. 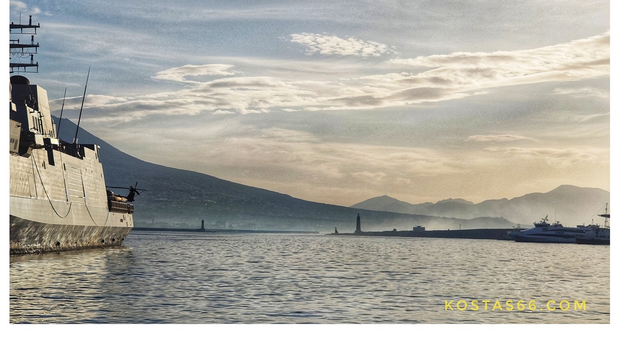 Back to Napoli port.