The company was reprivatized in 1989 after the fall of communism in Poland. In 1991 it was bought by PepsiCo, then Cadbury, Kraft and today it belongs to Lotte.

Oh well, it was capitalism and globalization that stripped any “polishness” from the brand and not communism! 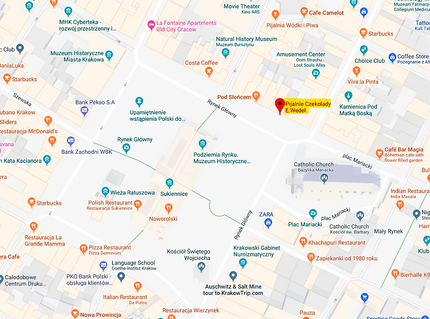 Wedel Lounge on the map. (Courtesy of Google maps).

Besides the Main Market Square, which you will visit or cross many times every single day you spend in the city, there are two smaller and much more pleasant and relaxing squares in Old Town: the Mały Rynek (Small Market) just behind the Church of St. Barbara (Kościół św. Barbary) and Plac Szczepański, a couple of blocks northwest from the Main Market Square.

Planty Park, the park around the Old Town, which used to be the moat encircling the walls, is also a very pleasant place to relax and enjoy your ice-cream.  There are several restaurants and cafes overlooking the park and make you feel like being in the countryside. Try the most tasty chocolate cakes in the city at the garden patio of Nakielny Cafe, where Szewska street meets Planty Park. 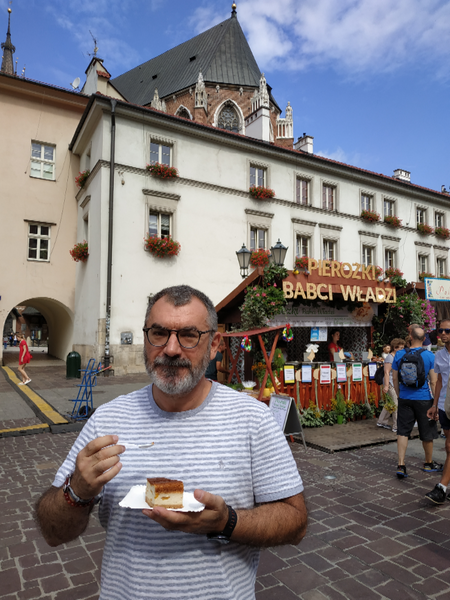 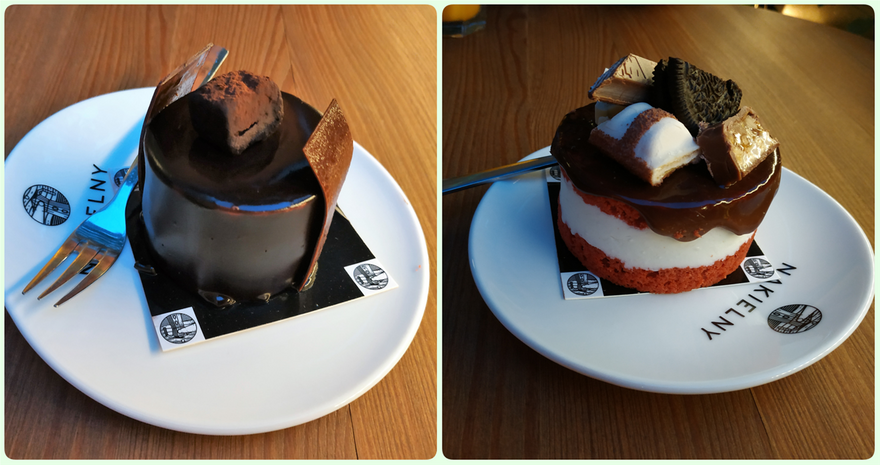 Wawel (pronounced Va’vel) is a fortified architectural complex erected over many centuries atop a limestone outcrop (Wawel Hill) on the left bank of the Vistula river, at an altitude of 228 m above sea level.  This is actually the only natural elevation around Krakow and provides nice views over the river.

The complex consists of many buildings and fortifications; the largest and best known of these are the Royal Castle and the Wawel Cathedral (which is the Basilica of St Stanisław and St Wacław). 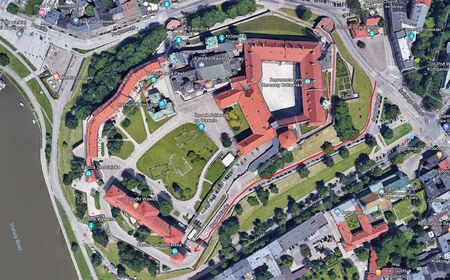 People on the Hill. 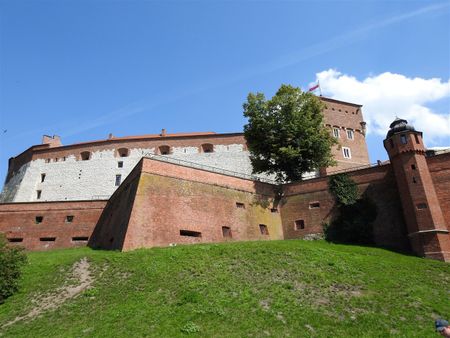 The hill fortifications seen from the Vistula banks.

Did I say dragons?  Yes, there is actually a dragon and a dragon cave in Krakow. From the early period of the Wawel's history originates the popular and enduring Polish myth of the Wawel Dragon (Smok Wawelski). Today, it is commemorated on the lower slopes of the Wawel Hill where by the river, is a modern statue of the dragon. The statue is sited in front of Smocza Jama, one of the limestone caves scattered over the hill. The metal sculpture designed in 1969 by Bronisław Chromy and it was placed in front of the dragon's den in 1972. The dragon sculpture has seven heads, but frequently people think that it has one head and six forelegs. To the amusement of onlookers, it noisily breathes fire every few minutes, thanks to a natural gas nozzle installed in the sculpture's mouth. 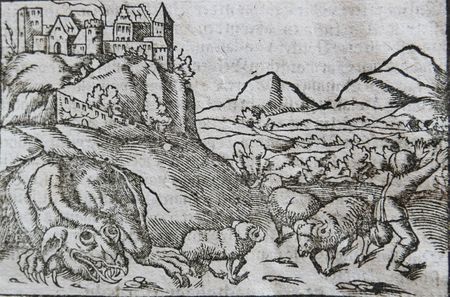 The street along the banks of the river leading towards the castle is ulica Smocza, which translates as "Dragon Street".

Today all souvenir shops sell green-tacky-made in China dragons of all sizes and shapes.

The entrance to the Wawel Hill is from the south: follow the ascending road starting at the end of Grodzka street on the east of the hill till you reach the gate-arcade.

Some of Wawel's oldest stone buildings, such as the Rotunda of the Virgin Mary are dated back to 970AD, while wooden parts of the complex date to the 9th century. The castle itself has been described as "one of the most fascinating of all European castles."  And this is true.  The castle is like coming out of a fairy tale and you expect anytime to see nights on white galloping horses, beautiful princesses with fair long hair and dragons spitting fire. 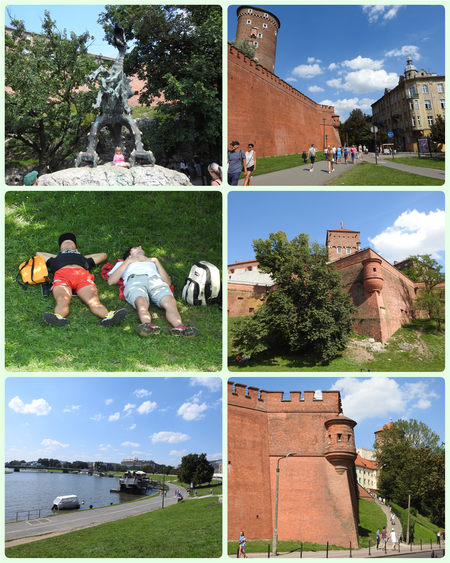 The dragon was a mystical beast which supposedly terrorized the local community, eating their sheep and local virgins, before (according to one version) being heroically slain by Krakus, a Polish prince, who founded the city of Kraków and built his palace above the slain dragon's lair. The oldest known literary reference to the Wawel dragon comes from 12th century, in the work attributed to Bishop of Kraków and historian of Poland, Wincenty Kadłubek. 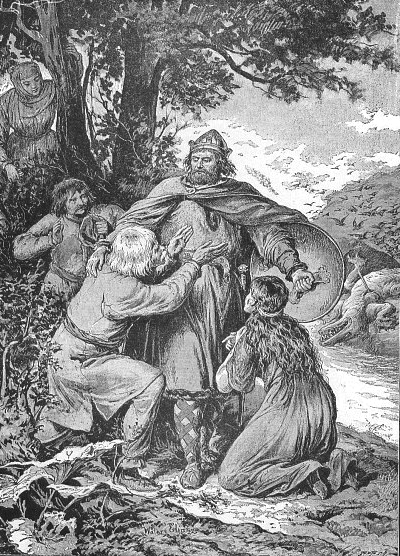